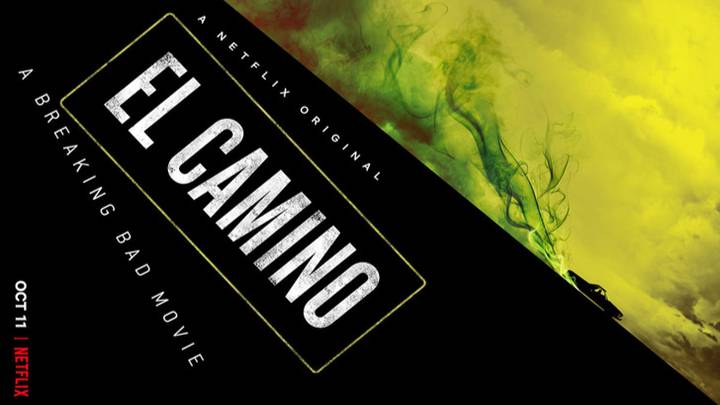 El Camino: A Breaking Bad Movie, coming four years after the show’s breathtaking finale, was designed by Gilligan and star Aaron Paul, who played the conflicted partner of Bryan Cranston’s Walter White, Jesse Pinkman. Pinkman’s arc ended on a cliffhanger, one that many fans wanted to see completed. After various hints and teases from both on social media, El Camino hit Netflix and select theaters on October 11.

El Camino picks up right where the series finale of Breaking Bad left off, with Pinkman speeding away from the compound from which he was held captive, bruised, bloodied but free. Of course, Jesse is not really ‘free’: the police are hunting him down, his exploits with Heisenberg plastered all over the evening news, and there’s a very good chance those associated with his now deceased captors are looking to finish the job on him. Pinkman winds up turning to the only people he can trust (that are still alive): Skinny Pete (Charles Baker) and Badger (Matt L. Jones), both of whom assist in helping Pinkman clean up and avoid capture. With his incriminating car off his hands, Pinkman sets out to retrieve the cash owed to him by his former partners turned captors, breaking into Todd’s (Jesse Plemmons) apartment to retrieve over a million dollars’ cash. Unfortunately, Jesse is not the only one looking for the money, as several other associates from his past make it much harder for Jesse to start over, most notably vacuum salesman Ed Galbraith (the late Robert Forster in his final onscreen performance), the ‘cleaner’ who helped Walter White form a new identity and escape from his (for awhile, anyway). This leads to a somewhat predictable but totally satisfying ending to Pinkman’s arc, and it’s hard to imagine any fans of the show will be disappointed by it.

El Camino does not have the constant high velocity twists and turns of Breaking Bad‘s more intense episodes; as a film as opposed to a tv show, it’s much more reserved and dynamic, which makes the more explosive moments all the more effective once they hit. The inter-cutting of Jesse’s present day dilemma with flashbacks to how he got to where he is now help immensely is tightly incorporated into the flow of the film and compliments the main story perfectly. It also leads to some great cameos, including one from Plemmons where his sociopathic killer character is almost humanized as he takes Jesse out for the day to give him a break from his constant torture sessions. I won’t spoil the rest (some you can see coming from miles away), but each one was a character it really felt good to see again and remind you just how brilliantly acted the series was as a whole.

Paul is absolutely mesmerizing as he revisits his signature character, adding new nuances and depth to the character; there are long stretches of the film where he barely utters a complete sentence, acting totally with his eyes and body language, that totally capture the anger and regret over Jesse’s past actions, as well as his ambitions to start over. It’s as good an acting performance as I’ve ever seen, and hopefully the upcoming awards season will recognize it a such. The rest of the cast compliments him nicely, especially Forster, who as Jesse’s most tormenting antagonist here despite posing no physical threat, gets to put one last notch on his belt of fine, fine performances throughout his career. You ride a roller coaster with his character, hating for him on being so stern in his one requirement to help Jesse, and yet respecting how he holds his own against Jesse’s still smug, arrogant attitude. Their scenes together are among the very best part of the movie for me, just two great actors matching each other’s passion, intensity, and craftsmanship.

If you have yet to watch Breaking Bad, you will find El Camino slow, laborious, and predictable. If you watched it and loved it, you will be smiling ear to ear at its conclusion. Vince Gilligan did 100 % right by his fans, giving them the perfect post script to this groundbreaking series.