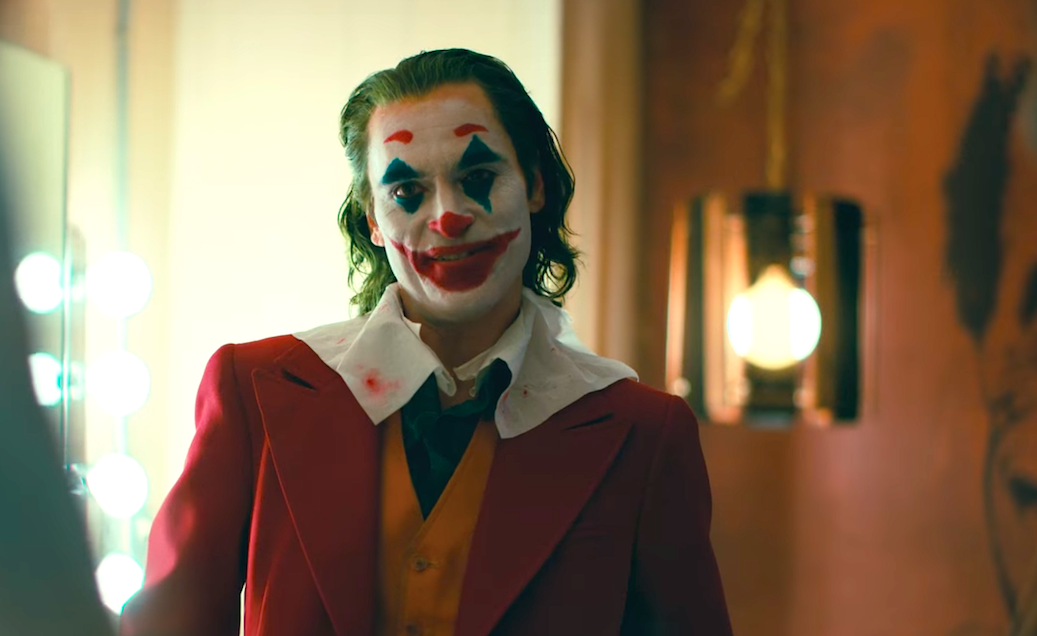 The media hype as well as scrutiny leading up to the release of Todd Phillips’ Joker, starring Joaquin Phoenix as the legendary Batman villian, was as unavoidable as it was controversial. Marketed as a Joker origin story, one in which the character is a well meaning but mentally ill man who is tired of getting beaten down by those better off than them and as a result completely snaps, many felt it echoed too closely the mindframe of mass shooters and incels who take their own personal insecurities and resentments out on the public. Its supporters, on the other hand, felt it would open a door to a new conversation about mental illness, how to recognize signs of suffering and empathize with those afflicted, and help us realize the warning signs of a potentially homicidal break before it’s too late.

With such a burden on its back, Joker couldn’t afford to be a failure, and it certainly isn’t; in fact, Joker fully accomplishes what it sets out to do, to the point where you can almost consider it a masterpiece. It’s not an easy watch: it’s bleak and disturbing. You will sweat and your knuckles will turn white while you’re watching it. Depending on who you are, it will frighten you how much you relate to the main character’s sense of hopelessness and rejection from an unforgiving society. I personally don’t know if I can ever sit through it again.

Phoenix stars as Arthur Fleck, a lonely, disturbed man who lives in abject poverty while taking care of his mother Penny (Frances Conroy). Arthur has a mental illness that causes him to laugh hysterically and uncontrollably even in the most inappropriate moments, which is why the only work he is able to find is a professional clown. Despite his belief that his purpose is to “bring laughter and joy to the world” and aspirations to become a successful standup comedian, Arthur makes everyone around him, from his social worker to the other professional clowns he works with, deeply uncomfortable with his constant laughing, nihilistic outlook, and generally unsettling demeanor. Eventually, one of his co-workers devises a plan to get him fired, which works and sends Arthur on the course that eventually turns him into the beloved (feared?) Clown Prince of Crime.

Joker is relentlessly unnerving, constantly challenging the limits of your empathy as the titular character descends further and further into psychotic madness. As a person whose had his own struggles with mental illness, it absolutely terrified me how much I related to the character early on; only when he actually started killing his antagonists did I thank God for a stable, supportive family, a good job, and impulse control.

The film muddies the waters further by making his victims increasingly despicable in their own right: three ‘well to do’ preppies who antagonize both Arthur and a young woman on the train, a seemingly well meaning co-worker who gives Arthur a gun under the guise of protecting himself but then gets him fired for possessing it, and a smug, faux-genial late night talk show host (Robert De Niro, hamming it up in one of his best roles in recent years) who belittles Arthur’s attempts at standup on the show without his consent, then pays the price when he invites Fleck on. Even Thomas Wayne (Brett Cullen), who’s not a victim of Fleck’s crimes, is portrayed as far less heroic and sympathetic than he is in other iterations. The movie ultimately winds up with no character as a moral center; while this is certainly off putting too many, it fits seamlessly with the film’s narrative and provides a perfect contrast to the entertaining but predictable formulas of your average superhero movies.

People have said that the movie has no real goal, but I left with the impression that Phillips wanted us to make our decision on what to take away from the film; if you came away thinking that he wanted to make a pointed statement about the socio-political climate and wealth disparity in today’s America, an unflinching condemnation on our treatment and often rejection of the homeless, mentally ill and other groups seen as undesirable, or just a violent origin story for a beloved villain, it’s futile and perhaps impossible to say you’re wrong.

While Joker is tightly written and beautifully filmed, the reason for its success is Phoenix. It’s no secret that Phoenix is an actor of the finest vintage, but he outdoes himself here. He plays Arthur in such a dynamic, nuanced way that the aforementioned sympathy you have for him early on is totally valid. His performance acts as a road map for the viewers’ feelings of the character, from the way his signature laugh becomes more abrasive and obnoxious to the subtle changes in facial expressions and general mannerisms that paint as vivid a picture of insanity as any. Arthur Fleck, for me, comfortably takes his spot alongside Norman Bates, Hannibal Lecter, John Doe from Se7en and any other legendary cinematic antagonist you could think of.

Visually, the film is stunning; Phillips creates by far the eeriest live action imagining of Gotham City to date. Whereas Tim Burton’s had a gothic beauty to it that felt appropriate only because it was Tim Burton, and Nolan’s felt like a normal city getting being terrorizes, Phillips’ is a grey, desolate hellscape with no relief to be found at any corner.

Simply put, Joker is a brilliant movie. I feel comfortable using the word ‘masterpiece,’ even. While I’ve ‘enjoyed’ other films that came out this year more, they did not leave the mark on me that Joker did. I can’t recommend it for everyone, but if you enjoy being challenged by a film, Joker is a winner in every way.