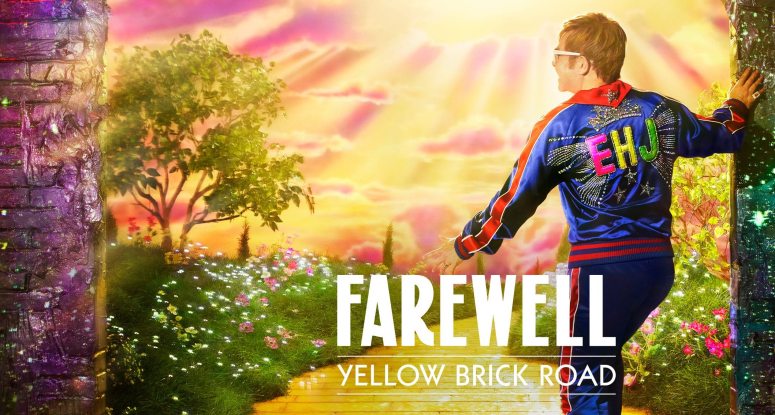 A wave of emotions and memories flooded my mind as Sir Elton John sang the final chorus of “Your Song,” his signature hit that grew from a simple love song to a touching benediction to his fans over the years:

How wonderful indeed. Perhaps more than any artist I’ve loved over the years, Sir Elton has been a constant in my life almost since birth. I remember growing threw my parents’ cds when I was three or four and being transfixed by the album cover of “Goodbye Yellow Brick Road” and immediately wanted to see what was inside. I remember listening to each song while reading the lyric booklet, with its corresponding animation that made them come alive before my eyes (imagine a four year old visualizing “Sweet Painted Lady” – or don’t). My appreciation for Elton grew over time, and he was the first concert I ever saw when I was eight years old.

Last night’s show could not have been more different than my first show. The 1999 show was Elton alone at the piano, with no band, with a set list largely featuring deep cuts from his lesser known albums and rearrangements of his biggest hits to accommodate the setting. Last night’s show was ‘wall to wall’ hits, with Elton backed by a six-piece band that included longtime sidemen Davey Johnstone on guitar, Nigel Olsson on drums, and the most animated tambourine player in the world Ray Cooper on percussion.

The show kicked off with the familiar thump of “Bennie and Jets,” and closed with a 1-2 emotional gut punch of “Your Song” and “Goodbye Yellow Brick Road.” In between, we got “I Guess That’s Why They Call It the Blues,” “Tiny Dancer,” “Philadelphia Freedom,” “Rocket Man,” Daniel,” and about a dozen more classics that anyone who’s owned a radio for the last 45 years would know in an instant. On paper, it looks like a pretty boring and predictable show; in execution, the exact opposite.

This is Elton’s farewell tour, and these are the songs worth saying goodbye to: the ones with which he forged a bond with his fans, and the ones that have stood the test of time and become of the cultural fabric. Almost every song had a little something extra, whether it be an extended intro, improvisational jamming, or Elton just putting a little extra embellishment in the vocals to show how much fun he was having. In the case of the night’s best song, “Levon” was given a barnstorming coda that turned the gospel tinged ballad into a searing rock and roll assault with Elton tickling the ivories  with the energy of a man half his age, while Davey Johnstone displayed why he is one of the most under-appreciated rock and roll guitarists.

The few times Elton went off the beaten path with the song selection were all very well received, and did nothing to quell the momentum of the show. Early on, he dedicated “Border Song” to Aretha Franklin, who covered it shortly after its release on Elton’s self titled American debut in 1970. A few songs later, the ultra rare “Indian Sunset” brought the stadium to a haunting silence, as Elton performed the song largely solo except for some thunderous percussion from Ray Cooper during the song’s intense instrumental breaks. In addition to its four biggest hits, “Goodbye Yellow Brick Road” was represented by arguably its two most well known non-singles, the sapphic rocker “All the Young Girls Love Alice” and its epic opening suite, “Funeral for a Friend / Love Lies Bleeding.” Last but not least, the “Tumbleweed Connection” favorite “Burn Down the Mission” served as the night’s other musical highlight, with Elton hitting the keys of his piano on the ‘burn down finale’ as if each one owed him money.

While he’s toned it down from the feathered boas and glitzy outfits of his heyday, Elton still has flare for lavish production, and the show was as much a visual spectacle as a musical celebration. Each song had a corresponding collage of visuals to fit the mood, and for the most part they were tasteful and unobtrusive (though the Asian Target ad during “Philadelphia Freedom” was…something); the best was during “Saturday Night’s Alright for Fighting,” which featured fight scenes from various movies ranging from “Raiders of the Lost Ark” to “Airplane!,” culminating with Elton’s own showdown with a bumbling henchman in 2017’s Kingsman sequel, “The Golden Circle.” Also of note was “I’m Still Standing,” which fittingly touched on Elton’s many career highlights over the years, featuring everything from legendary concert appearances to his cameos on “The Muppets” and “The Simpsons.”

The whole show truly felt like a celebration; Elton John has never been subtle, and he’s not going out quietly. I’m so glad I got the chance to see this show, both for how exciting it was in the moment and for the flood of memories it brought back. It’s a powerful reminder of the best of what music brings out in us best: a sense of community between artist and audience, as if we knew the former as much as we know ourselves. Each song felt like a conversation with an old friend; I just wish it didn’t have to end.

Bennie and the Jets

All the Young Girls Love Alice

I Guess That’s Why They Call it the Blues

Take Me to the Pilot

Someone Saved My Life Tonight

Candle in the Wind

Burn Down the Mission

Sad Songs (Say So Much)

Don’t Let the Sun Go Down on Me

The Bitch is Back