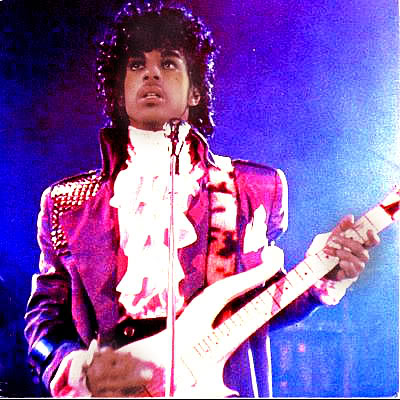 I remember the headline, via Esquire Magazine, vividly:

“There has been a death at Prince’s Paisley Park estate.

A chill ran through my blood. Could it indeed be Prince? The endlessly creative, seemingly ageless juggernaut who as of a week ago was still on tour? It seemed unfathomable; sure, a few days previously he was hospitalized for the flu, but who dies from the flu anymore? Especially someone of his stature.

At first I tried to assure myself that maybe it was an elderly servant who was working a night shift. Surely 2016, which already removed David Bowie, Alan Rickman, Glenn Frey and several others from mortal dwellings, couldn’t claim Prince, too?

But Prince lived alone. He’d famously retreat to Paisley Park for days. He’d lock himself away to write or record. All signs pointed to a grim outcome.

And grim it was.

Within 15 minutes of the initial report, it was confirmed that the death was Prince’s. In a frighteningly ironic twist, he had been found in an elevator, the symbol of downfall in one of his biggest hits, “Let’s Go Crazy.”

It felt like an electrical outage: sudden, unpredictable, leaving nothing but darkness and confusion. I’ve heard his death being described as like losing a color, or something elemental, like the wind or light.

I first became aware of Prince when I was six, and he appeared on The Muppets Tonight. At the time, he was still going by the unpronounceable ‘love symbol,’ and I thought he was incredibly weird. A man with no name? Singing about starfish and coffee (which I later found was not written specifically just for the Muppets)? Why was he so loved?

About two years later, I saw the videos for When Doves Cry and Raspberry Beret on VH1’s Pop Up Video (man, I miss those old VH1 shows). It was the first time I heard either song, and I loved them. When Doves Cry was unlike anything I had heard up to that point in my life (yes, I knew the song was written about 14 years earlier), and Raspberry Beret reminded me of Sgt. Pepper’s era Beatles, which was my favorite album growing up. I wanted to hear more.

I bought The Hits 1 & 2 / B-Sides set at Best Buy, and I listened intently to all three discs. The song that really cemented my fandom was “Little Red Corvette.” I had no idea at the time that the title was a vaginal metaphor, or that the whole song was supposed to mirror an orgasm; I was captured simply by how the song built so excitingly to each chorus, and moreso by those otherworldly shrieks and howls during the song’s climax.

Even though he had long abandoned it by the time I discovered him, the image Prince built his career on still fascinated me: the way he mixed the carnal and the spiritual within his lyrics, how he could come off as both macho and flamboyant with equal conviction, how he could wear lingerie and still come off as more masculine than most men, and subsequently seduce any woman he wanted. He was one of a kind.

Prince always seemed to be engrained in our cultural fabric: he released four albums between 2013 and 2015 alone. He had been tour every year since 2010. He had just launched his first ever solo tour, featuring just him and his piano, and it was hailed as a triumph by fans and critics. Most tellingly, he had announced that he was working on his memoir, entitled “The Beautiful Ones.”

And yet, a deeper look into Prince’s final days reveal a man who may have been more aware of his mortality than he let on. For a man constantly looking forward, the Piano and a Microphone shows had Prince unusually sentimental as he recalled his early days, his collaboration with Wendy & Lisa and the Revolution, his relationship with his father, and even paying tribute to his old protege and lover, Vanity, after her passing in February. Prince was looking back with a fondness and melancholy he had never displayed before.

Photos and videos reveal that despite the excellent musicianship, vocals and overall showmanship of the concerts, Prince had become frighteningly frail. His sickly appearance sucked the life out of his mega-watt smile, and he often looked pain while playing. His face was skeletal, his eyes had no life in them. His clothes hung off him.

Of course, the circumstances of his death – an overdose of a powerful, addictive painkiller most likely brought on by chronic hip pain – have been splashed across the morning papers for the last year or so. It’s still hard to accept that someone as in control of his health and protective of his image as Prince could succumb to addiction, and fans still speculate what really happened: was he murdered? Suicide? Nothing seems to add up.

Prince’s death was like his life: enigmatic, unpredictable, and endlessly fascinating.
The best thing we can do today is to simply listen to the gifts this man gave us, in the form of 39 albums, hundreds of classic songs and a career that will never be matched.