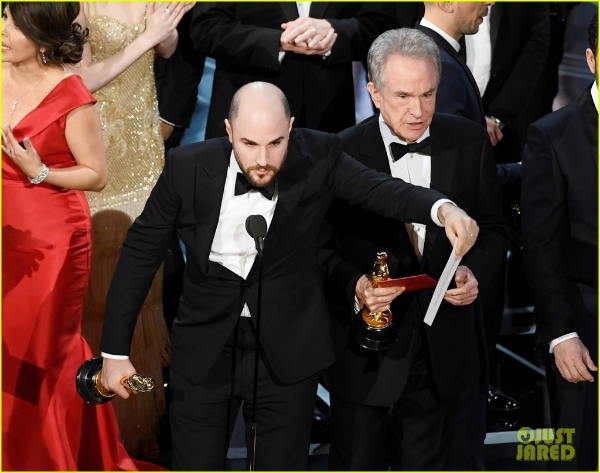 This year’s Oscars will be remembered for the Best Picture blunder at the end of the night that will forever overshadow whatever work Warren Beatty may attempt in his remaining years. Some were happy that the low-budget Moonlight really did overcome the tremendously hyped (some would say overhyped) La La Land. Others were upset that Emma Stone-Ryan Gosling vehicle, which was hailed for its originality, lost to a film many deemed as ‘Oscar bait.’

So which film really deserved to win? It doesn’t matter, because the whole incident was the best thing to happen to both films. For years to come, both Moonlight and La La Land will be endlessly viewed and analyzed as future film historians will argue over which film should have won, ensuring both films’ legacies deservedly will be secure. And that’s the way it should be: both films, while offering different genres, perspectives and performances, are equally compelling and unique. Moonlight is a harrowing portrayal of the complexities and struggles that still exist growing up as an African American, while La La Land mixes 1950s’ nostalgia and modern cynicism beautifully.

To call Moonlight ‘Oscar bait’ or discredit La La Land as ‘slight’ because of its genre is to oversimplify and completely miss the point of both. They are so vastly different yet so eerily relevant to today’s climate, and will likely serve as important signposts of what audiences were looking for in 2017 and will continue to look for in entertainment in the toughest times.